Posted on November 29, 2011 by creativeconflictwisdom

Another great post by Dean Baker on Real World Economics, asking some good questions about the 1%. See http://rwer.wordpress.com/2011/11/29/time-to-retake-politics-from-the-one-percent-in-both-political-parties/

The country is still celebrating the inability of the supercommittee to cut Social Security and Medicare, but it is important to move on from this victory to retake control of the political debate from the 1 percent. As it stands, the 1 percent are insisting that the country genuflect over the non-problem of the budget deficit, at a time when tens of millions of workers are unemployed or underemployed, millions of people are facing the loss of their homes and tens of millions of baby boomers are approaching retirement with little other than their Social Security to support them. The deficit is the agenda of the 1 percent. There is no reason that the rest of us should be concerned about budget deficits when the rest of the country is struggling with the economic disaster created by the greed and incompetence of the 1 percent.

This is not a statement of morality, it is a statement based on economic reality. Budget deficits can be a problem when an economy is near full employment and the deficit can be pulling resources away from private investment, thereby slowing growth. However it is not a problem with large numbers of unemployed workers and vast amounts of excess capacity.

This is what the financial markets are telling us every day as interest rates on long-term government bonds hover near 2.0 percent. If deficits were really crimping the economy we would be seeing interest rates of 6 or 7 percent, or even higher. The deficit hawks do not have an economic case to support their argument, just money and influence.

In the longer term the deficit hawks can point to projections of outsized deficits, which they invariably attribute to Social Security and Medicare. The first part of this story is completely untrue.

Under the law, Social Security is financed from its designated tax. It therefore cannot contribute to the deficit unless Congress changes the law. (The payroll tax credit in 2011, which was replaced with general revenue, is an exception to this rule.)

According to the most recent projections from the Congressional Budget Office, Social Security benefits will be fully funded through the year 2038. After that date, if Congress does nothing to increase revenue, then the program would pay a bit more than 80 percent of scheduled benefits. (This would still be about 10 percent more than current retirees receive since benefits are projected to rise by approximately 1 percent a year.)

The real story of the soaring long-term deficits is exploding Medicare costs, which are in turn driven by our broken health care system.  We already pay more than twice as much per person for our health care as the average for other wealthy countries, with little to show in the way of outcomes. This gap is projected to continue to grow in the years ahead.

To anyone who looks at the facts, the obvious answer to our deficit problem is fixing the health care system. This is difficult to do given the enormous political power of the pharmaceutical industry, the insurance industry, highly paid medical specialists and the other members of the 1 percent who profit from the waste in the system as it exists now.

If we can’t immediately change the system then why not take advantage of the gains from trade? If we change rules to make it possible for Medicare beneficiaries to buy into the health care systems in other countries or make it easier for patients to have medical procedures done at far lower cost elsewhere, it should be an enormous win-win offering gains that could be in the trillions of dollars. And what free-market fundamentalist can argue against the principle of giving people a choice?

In fact, conservatives and self-described free traders run screaming from the idea of opening medical care to trade. They want trade that will lower the wages of auto workers and textile workers by putting them in direct competition with low-paid workers in the developing world; they hate trade when it threatens to reduce the income of the pharmaceutical industry, the insurance industry and others in the 1 percent.

It’s time to expose the lies for what they are. The 1 percent has rigged the deck over the last three decades to accomplish the most massive upward redistribution in the history of the world. These are not people who care about budget deficits or free trade or free markets. They care about making themselves richer at the expense of everyone else.

They have been fighting this class war for 30 years. It is long past time that the rest of us started fighting back. 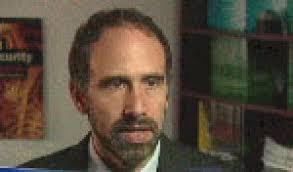 I spent 32 years in a Fortune Five company working on conflict: organizational, labor relations and senior management. I have consulted in a dozen different business sectors and the US Military. I work with a local environmental non profit. I have written a book on the neuroscience of conflict, and its implications for conflict handling called Creative Conflict Wisdom (forthcoming).
View all posts by creativeconflictwisdom →
This entry was posted in Economic Conflict, US Political Conflict, Ways to handle conflict and tagged 1%. 99%, class war, economic inequality, healthcare, Super Committee. Bookmark the permalink.