Novels and the Decline in Violence: Steven Pinker’s (1954-) View

Posted on February 28, 2012 by creativeconflictwisdom

Some years ago, driving down to Big Sur in California, I heard an interview on National Public Radio with J.M. Coetzee (1940-), the great South African novelist. He told the story of how, after the South African peace process had reached a successful conclusion, Nelson Mandela asked to see him to thank him, and some other White Afrikaner novelists, for their profound contribution to the peace process, because they had through their novels and poems enabled the ANC to see into the Afrikaner mind, and so work better with the Afrikaners to find a peaceful solution. A very tough form of empathy, clear on your own interests but open to exploring the other side’s, just as this blog so strongly advocates.

On this theme, Steven Pinker’s marvelous new book: ‘The Better Angels of Our Nature: The Decline of Violence in History and Its Causes‘ should be on everyone’s reading list, and it includes the following attempt at an explanation for why our taste for killing and torturing each other has declined since the Enlightenment in the last 200 years:

…reading epistolary novels about characters unlike oneself exercises the ability to put oneself in other people’s shoes, which turns one against cruel punishments and other abuses of human rights….

Whether or not novels in general, or epistolary novels in particular, were the critical genre in expanding empathy, the explosion of reading may have contributed to the Humanitarian Revolution by getting people in the the habit of straying from their parochial vantage point. And it may have contributed in a second way: by creating a hothouse for new ideas about moral values and the social order…

…Bringing people and ideas together, of course, does not determine how those ideas will evolve. The rise of the Republic of Letters and the cosmopolitan city cannot, by themselves explain why a humanitarian ethics arose in the 18th century, rather than ever more ingenious rationales for torture, slavery, despotism and war.

My own view is that the two developments are linked. When a large enough community of free, rational agents confers on how society should run its affairs, steered by logical consistency and feedback from the world, their consensus will veer in certain directions. Just as we don’t have to explain why molecular biologists discovered that DNA has four bases – given that they were doing their biology properly, and given that DNA really does have four bases, in the long run they could hardly have discovered anything else – we may not have to explain why enlightened thinkers would eventually argue against African slavery, cruel punishments, despotic monarchs, and the execution of witches and heretics. With enough scrutiny by disinterested, rational, and informed thinkers, these practices cannot be justified indefinitely. The universe of ideas, in which one idea entails others, is itself an exogenous force, and once a community of thinkers enters that universe, they will be forced in certain directions regardless of their material surroundings. I this process of moral discovery was a significant cause of the Humanitarian Revolution….

I think his book is worth a Nobel Prize for Peace by the way. Thank you Steven! 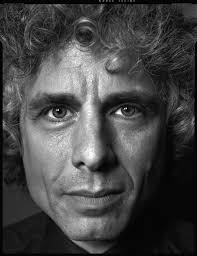 I spent 32 years in a Fortune Five company working on conflict: organizational, labor relations and senior management. I have consulted in a dozen different business sectors and the US Military. I work with a local environmental non profit. I have written a book on the neuroscience of conflict, and its implications for conflict handling called Creative Conflict Wisdom (forthcoming).
View all posts by creativeconflictwisdom →
This entry was posted in Academic Conflict, Conflict Book Reviews, Conflict History, Conflict Processes, Conflict Statistics, Creativity and Conflict, Neuro-science of conflict, PERSONAL CONFLICT RESOLUTION: CREATIVE STRATEGIES, Ways to handle conflict and tagged better angels of our nature, cruel punishments, epistolary novels, J M Coetzee, novels, reasons for decline in violence, south african novelist, South African peace process, Steven Pinker, The Better Angels of our Nature, The Enlightenment. Bookmark the permalink.

2 Responses to Novels and the Decline in Violence: Steven Pinker’s (1954-) View