Posted on November 7, 2015 by creativeconflictwisdom

I have just finished Philip Tetlock’s fine book about forecasting the future in an intelligent way “Superforecasting: the Art and Science of Prediction”. His keen insights on this subject in his previous book “Expert Political Judgment” suggested that most political pundits we see in the media are no better at making precise, time bounded predictions about the future than a pack of chimps throwing darts at a dart board to generate choices.

But he has also found there is a group of people who are very good at forecasting, and his latest project realated in his new book has been to harness their skills in a forecasting tournament for the US intelligence community to make literally thousands of precise, time bounded predictions with precise estimates of likelihood to the nearest percentage point and then figure out who is great at this over endless iterations and how they do it.

Key to the super-forecasters is that they are Foxes not Hedgehogs as per Isaiah Berlin’s saying from the Greeks: “The fox knows many things, the hedgehog just one.” His foxes do not have one over-arching view of how the world is, but many and they use multiple perspectives and are evidence based, and avoid thinking anything is inevitable. They also learn from their mistakes because they are precise not vague in their forecasts. And they revise their forecasts appropriately in the light of new data as it emerges. They are highly curious, eager to learn and willing to get into the detail and understand causal forces. And they avoid what the media audiences love: confidence and certainty in commentaries unsupported by evidence or real thought and completely without accountability when their forecasts fail aka punditry.

At the end of this book he adds some rules his superforecasters used: 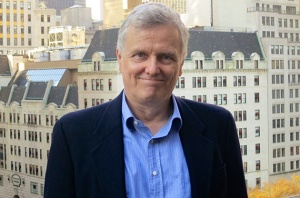 I spent 32 years in a Fortune Five company working on conflict: organizational, labor relations and senior management. I have consulted in a dozen different business sectors and the US Military. I work with a local environmental non profit. I have written a book on the neuroscience of conflict, and its implications for conflict handling called Creative Conflict Wisdom (forthcoming).
View all posts by creativeconflictwisdom →
This entry was posted in Conflict Book Reviews, Conflict Processes, PERSONAL CONFLICT RESOLUTION: CREATIVE STRATEGIES, Philosophy of Conflict, Ways to handle conflict and tagged cognitive errors, Philip Tetlock, Super-forecasting. Bookmark the permalink.