Thanks to our correspondent Kakatoa for pointing out the link between Double Loop Learning and the OODA Loop of Colonel Boyd: here is the latter: from Wikipedia:

The OODA loop has become an important concept in litigation, business, law enforcement and military strategy.  According to Boyd, decision making occurs in a recurring cycle of OODA: Observe–Orient–Decide–Act. An entity (whether an individual or an organization) that can process this cycle quickly, observing and reacting to unfolding events more rapidly than an opponent, can thereby “get inside” the opponent’s decision cycle and gain the advantage.

Boyd developed the concept for fighter pilots operating at high speed to explain how to direct one’s energies to defeat an adversary and survive. Boyd emphasized that “the loop” is actually a set of interacting loops that are to be kept in continuous operation during combat. He also indicated that the phase of the battle has an important bearing on the ideal allocation of one’s energies.

Boyd’s diagram shows that all decisions are based on observations of the evolving situation tempered with implicit filtering of the problem being addressed. The observations are the raw information on which decisions and actions are based. The observed information must be processed to orient it for decision making. In notes from his talk “Organic Design for Command and Control”, Boyd said:

The second O, orientation—as the repository of our genetic heritage, cultural tradition, and previous experiences—is the most important part of the O-O-D-A loop since it shapes the way we observe, the way we decide, the way we act.

As stated by Boyd and shown in the “Orient” box, there is much filtering of the information through our culture, genetics, ability to analyze and synthesize, and previous experience. Since the OODA loop was designed to describe a single decision maker, the situation is usually much more complex than shown, as most business and technical decisions have a team of people observing and orienting, each bringing their own cultural traditions, genetics, experience and other information. It is here that decisions often get stuck, which does not lead to winning, because:

In order to win, we should operate at a faster tempo or rhythm than our adversaries—or, better yet, get inside [the] adversary’s Observation-Orientation-Decision-Action time cycle or loop … Such activity will make us appear ambiguous (unpredictable) thereby generate confusion and disorder among our adversaries—since our adversaries will be unable to generate mental images or pictures that agree with the menacing, as well as faster transient rhythm or patterns, they are competing against 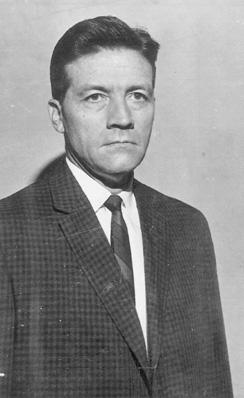 I spent 32 years in a Fortune Five company working on conflict: organizational, labor relations and senior management. I have consulted in a dozen different business sectors and the US Military. I work with a local environmental non profit. I have written a book on the neuroscience of conflict, and its implications for conflict handling called Creative Conflict Wisdom (forthcoming).
View all posts by creativeconflictwisdom →
This entry was posted in Conflict Book Reviews, Conflict History, Conflict Processes, Creativity and Conflict, Philosophy of Conflict, Ways to handle conflict and tagged John Boyd, The OODA loop. Bookmark the permalink.